EverChain is pleased to announce the creation of two new executive leadership roles to support the company’s global growth and expansion. Jenn Wilson, EverChain’s President and Chief Compliance Officer, will assume the role of Corporate Secretary and Dan Green, EverChain’s Chief Revenue Officer, has been promoted to President of EverChain North America. The two promotions support EverChain’s strategic business initiatives and further enhance their market position as an industry innovator.

Jenn Wilson is an accomplished executive with nearly two decades of experience leading compliance for companies in the Accounts Receivables Management (ARM) industry. Jenn joined EverChain in 2014 and her responsibilities have included oversight of the Compliance, Legal and Government Affairs programs. Jenn is designated as a Certified Receivables Compliance Professional (CRCP) by the Receivables Management Association International (RMAi) as a Credit and Collection Compliance Officer (CCCO) by ACA International and a Certified Regulatory Vendor Program Manager (CRVPM). She also served multiple terms on the Certification Council for RMAi including as the Chairperson of its Audit Committee. As Corporate Secretary, Jenn will be responsible for managing EverChain’s global compliance and legal affairs. She will help build EverChain’s international compliance engine and support expansion opportunities. “I am extremely excited about the opportunity to take on this new role as Corporate Secretary and work to expand the EverChain mission to European creditors,” said Jenn.

Dan Green joined EverChain in 2019 as Vice President of Sales and quickly created a successful integrated sales and marketing team, as well as a customer-centric recovery success discipline. His contributions to the organization have improved both operations and culture, resulting in exponential year over year growth. Due to his early successes, Dan was promoted to Chief Revenue Officer in 2020, and was given responsibility for all revenue-generating functions at EverChain. In his new role as President of EverChain North America, Dan will take on an expanded role in corporate strategy and lead the company in providing compliant recovery solutions for consumer lenders. “Leading EverChain as President represents a once-in-a-lifetime opportunity to be a part of an organization that is truly transforming an entire industry,” said Dan. 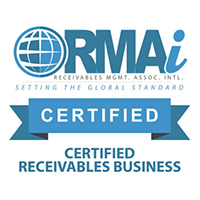